Holidays are absolutely flying by… Time enough for a few last minute projects though right? Always!
I spent last weekend hanging out with Ma, Pa and my littelist brother who was home from Uni. Love that kid! Was so great to hang out and just mooch around. Of course I received about 6 different knitting orders, mostly owl related after seeing this little beauty.

Even the puppies are excited to see him.

END_OF_DOCUMENT_TOKEN_TO_BE_REPLACED

Don’t you just love it when you find a tutorial that is easy, fast and turns out perfectly?

Before I explain, I have a small confession to make. I have a problem. It seems that I am entirely unable to turn down a deal when it comes to fabric and yarn. I have spent some time this long weekend tidying up my craft room and it is almost embarrassing how much I hoard these things.

So I have made it my mission to buy no new supplies (unless I need any notions) until I have made a dent in my stash.

This tutorial has been languishing in the depths of my Pinterest page for sometime. I must have pinned it in a one of my frenzies as it is hard to believe why I didn’t make it straight away. A bit of cutting, two seems, a neckline and voila a wonderfully comfy and cozy top. Too simple.

END_OF_DOCUMENT_TOKEN_TO_BE_REPLACED

It isn’t often these days that I get to make things for myself. Most of the things that are made in this household are either created specifically to be given as gifts or are for the house itself (case and point). Needless to say, I was pretty excited to make myself a jumper, and my first knitted one at that.

A friend and I went halves in this wonderful pattern by Kate Davies quite sometime ago now, when I was a very novice knitter and wanted something to aspire to. Not to say that I am by any means the best knitter around, but I am more confident in my skills and willing to branch out and try new things. Plus the OWLS are just too cute!

It was a fairly simple knit, from the bottom up. The hardest part were the owls themselves as I hadn’t cabled before. Once I had them figured out it was smooth sailing until the end. I used a thinner weight wool that recommended in the pattern because I wanted it a bit slouchy, I also lengthened the torso because I like my jumpers long.

Holiday time = crafty time. Which means less time spent looking for inspiration because I’m living and breathing it baby! My happy place that’s for sure. Nevertheless, here are a few things I’ve been eyeing up over the past week.

END_OF_DOCUMENT_TOKEN_TO_BE_REPLACED

Easter is usually a non-event in this household. Having no sprouts of our own yet the level of excitement that usually accompanies Easter Sunday just isn’t up to par.

Luckily, with the influx of nephews, god-children and other scrumptious littlies, all of whom are getting to the age where they understand Easter (or at least the chocolate involved) means that we can contribute something handmade to the occasion.

END_OF_DOCUMENT_TOKEN_TO_BE_REPLACED

Hope you are all enjoying yourselves! As the end of term is only a handful of sleeps away, I am turning my head this week to projects that might be fun to do in the holidays!! Hoorah!

END_OF_DOCUMENT_TOKEN_TO_BE_REPLACED

Carrying on with rather an apron-y theme, I have of late been making some (rather awesome in my opinion) superhero themed aprons. The first three I made for some friends of ours for Christmas. They received a family set of Ironman, Batman/girl and Wonder Woman.

END_OF_DOCUMENT_TOKEN_TO_BE_REPLACED

A long serving colleague of mine, Miss Bea, has decided to retire. Needless to say she will be incredibly missed and as she is our go-to lady for all problems big and small, we will all be headless chooks when she leaves. She’s off travelling around Australia in a Camper-Van for the next few years. We’re all a bit jealous.

Many an hour was spent by the social committee trying to decide how to show her our appreciation. Eventually a high tea and a bespoke apron was decided upon – I was humbled to be asked to do the sewing.

The inspiration for this little number came from a friends apron. Miss Bee is a little more subdued in taste so we went for a more paired back look. We also decided to go for a reversible look as the fabrics were just too lovely.

END_OF_DOCUMENT_TOKEN_TO_BE_REPLACED

Two weeks until Easter holidays and the need for inspiration to help manage the last minute rush of work to complete is high. My happy places this week are:

END_OF_DOCUMENT_TOKEN_TO_BE_REPLACED 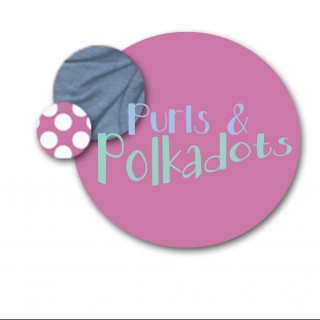